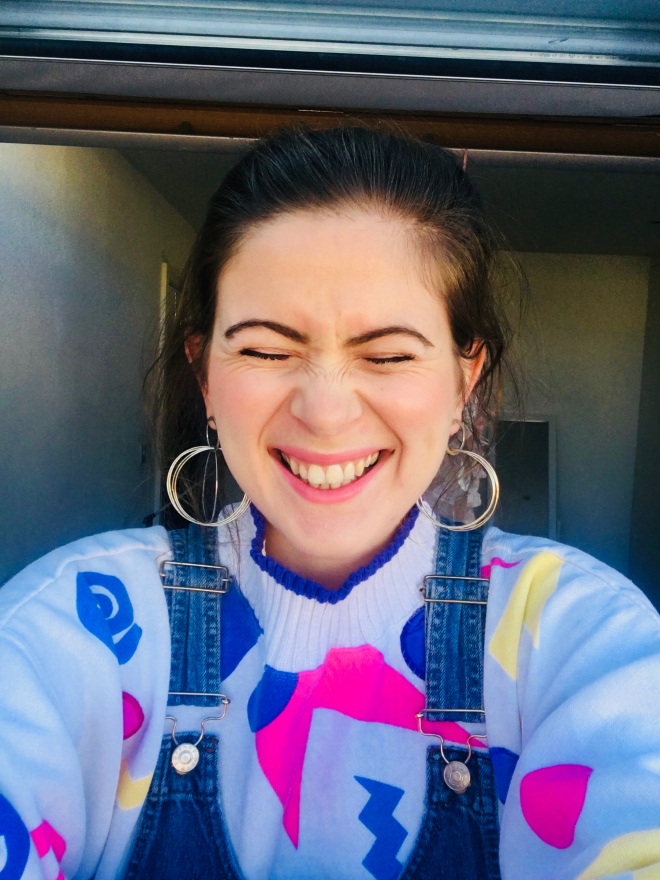 So I joined a new gym. I know, very exciting. I was a member of The Gym Group, you would have heard it, basically the cheapest gym in the country (I’m not a hardcore gym kinda gal) and you’ll have seen them everywhere. But I was finding their classes a bit rubbish (I mean they are free!). It got to the point that I wasn’t even finishing with a sweat on and no we didn’t just pretend to work out and were actually drinking tea and eating biscuits sitting on those big bouncy ball things. For a while I was doing my own thing at the gym but it’s hard to motivate yourself and I’d always think ‘you worked hard today girl, why don’t you go home and chill out’ – it’s all about that self love after all? Also The Gym Group basically hate North London as they have hardly any gyms up here so it meant going to ones in Central London (where I work) which also wasn’t particularly motivating especially at weekends.

So I decided to find a gym closer to home. Unfortunately I don’t have millions in my bank account so can’t attend the fancy gyms for yummy mummies in Hampstead and Primrose Hill (one day darlings). Instead I found The Fitness Mosaic in Camden – close to home and not too expensive at £35 quid a month with free classes which is great! (I’d rather spend money on eating, drinking, holidays and general living than ugh exercising which is why I pretty much won’t pay higher than £40 – cheapskate I know!).
So for the last couple of weeks I’ve been going to my new gym in the evenings and doing the classes such as Cycle 45 (spin class).

Anyway, I did this one class last week called ‘body pump’. I’d never heard of it but since telling this story to friends apparently everybody in the entire universe knows of these classes. I thought it would be like a Zumba class where you get your whole body pumping with jumping jacks and burpees (yes I know what a burpee is and yes I know my idea of a work out class sounds like PE at junior school). Anyway that is definitely NOT what this class was about.
So I’m waiting outside with 5 minutes until the class begins and there’s about 15 people also waiting of different ages and I get the vibe that it’s a class for all abilities which is good as I’m not the fittest or best at exercise (you probably grasped that already). Then the previous class comes out and we all go into the massive studio. There’s a woman who had just taught the previous class who is looking very sweaty and has HUGE muscles with a microphone headset who is getting ready to teach this class as well. I suddenly catch on that everyone seems to know where they’re going; everyone heads to different corners of the room and storage cupboards to get their mats, metal poles, weights, plastic blocks – all sorts of stuff and then find a place on the floor to set about building their table, barbells etc. I just followed everyone else, copying what they were doing but secretly thinking I already feel out of my depth and the class hasn’t even begun!
So I decide to do the logical thing and go and introduce myself to the glowing muscles woman. I explained that I’ve recently joined this gym and never been to a class like this before so wanted to make sure I’ve got everything I need? The woman replies ‘oh no worries hun! Welcome! All you need is poles from that corner, weights from that corner and your blocks from that corner’ then she walks off and leaves me standing there. This doesn’t really help me as I can already see where to get the equipment as everybody else has got theirs, what I want to know is what and how I’m meant to build what everyone else is building!

Anyway, I just decided to make it up and guess what to do by copying everyone else. I build my blocks that turn into a bench to lie down on and build the barbells that go with it. Then I go to the back of the room to get some water as the class is about to start and suddenly this woman comes up to me and whispers ‘hey, just thought you should know that your blocks are upside down’. OMG. I am SO glad she told me that as I would have started the class, followed the routine and when it was time to lie down on my bench and do chest presses I would have probably fallen off, possibly injured myself and definitely make a fool out of myself. Then I would be too embarrassed to ever go back and would end up wasting that £35 quid a month and eventually months later would end up quitting and trying to find another gym!

Oh Bridget. In case you hadn’t realised by this point, I am basically Bridget Jones. Got the giant ass, the granny pants (don’t be alarmed, I hardly ever wear them!) and definitely got the silly ditsy tendencies. But it means I’ve always got a good story and I enjoy making people and myself laugh. I haven’t always been the best at being able to laugh at myself and I used to give myself a hard time when I was young but every year I get older I’m finding I’m more and more just not giving a sh*t!

So cheers to laughing at yourself, being silly, and having fun!

Ps, here’s a picture of me from Halloween apparently enjoying myself? Haha!