I started writing this on the train home after a night of cocktails and dancing with one of my best friends. I’ll worry about the calories in those sugary cocktails another time ;).

One thing I’ve been thinking about this week is relationships and dating and love and all that stuff. I have this friend, let’s call her Amy?, who is going through a bit of a confidence knock at the moment where the last few guys she’s dated haven’t got anywhere and ended not how she expected. She’s been a bit let down by them.
Amy is a bit of a hopeless romantic, as they say, and sometimes dreams of the fairytale moment. But Amy also says she doesn’t want a boyfriend. She can spend all day worrying about a single text message sent from a guy and spends half a day formatting a text to send back, re-reading said formatted text message 30 times and still not sending it.

I can’t make her see what I see. A beautiful, sexy, funny and clever (among many other lovely qualities) woman who everyone wants to be their friend. She does know this about herself deep down, but seems to question who she is as a person and what everyone thinks of her when a man she quite likes is in her life.

Girls: I cannot tell you enough that you are ENOUGH. You are all beautiful. You are all sexy in your own way. You are all strong, amazing, kind, clever, who have the world at their fingertips. Women do not need to be defined by what man they are dating. No matter how old you are.

I have always lived by the motto that if you want something in life then you go and get if for yourself, no matter what the obstacle. I thank my Mum for teaching me that.
When I was 18, I moved to London, lived on my own for a year and went to college. I met some of my closest friends to this day at college and I used to party a lot. I LOVED being single, it felt like real grown up freedom. I could do what I wanted when I wanted.
It was only when I was turning 21 did I think, I’d quite like a boyfriend now. At the time I was very settled in London with a full time job, a shared flat and a group of close friends. So I joined Tinder. I’ve always known what I’m attracted to looks wise; a round boyish face, fair, freckles, round glasses (honestly don’t what it is about glasses!). A smart suit is always a good one and quite nerdy in a way? Or to put it better, someone who isn’t bothered about being cool. Basically think Eddie Redmayne? Also just described my boyfriend, Sam – love you!
Anyway, that year, I went on quite a few dates and dated around 4 men (not at the same time) but after around the 4th or 5th date they kind of fizzled out. It was a bit of a let down, but I didn’t let it get me down as I’d get straight back onto Tinder and start talking to someone else. ‘Ben’ might not be interested in me but this new guy is, so whatever, moved on! I’d always think, I don’t want to date someone or chase someone who clearly isn’t that bothered about me anyway.

Everybody deserves to find someone who adores them. Who beams with a smile every time they receive a text message from you.

On Friday 4th September 2015 (yes I remember the day haha), I had been due to go on a first date with this guy who was a friend of a friend. I really, really really liked this guy. He’d been at uni for the last few years up north and it was obvious from the times we’d met previously that we both liked each other. He had just moved to London (I’d been counting down the days – cringe!) and I’m not going to lie, I was super excited as I really felt like this was it. We were going to become boyfriend and girlfriend and live happily ever after (I can be a bit of a hopeless romantic too).
Anyway, that Friday afternoon I was in the pub with work colleagues when I received a text from said guy. He had to cancel last minute (we were meant to be meeting up in 2 hours). I was gutted. I had got myself psyched up for this date, chose my outfit carefully and had just been telling my boss about it too. I just really wanted to go on a date. Then I thought, a couple of weeks ago I had been talking to this other guy on Tinder but I hadn’t replied to him as I was getting myself ready for this date tonight. So I messaged him and said ‘Hey, my plans just got cancelled last minute, you’re not free for a drink tonight are you?’. Funnily enough he was! Almost 4 years later and we’re still together; Sam from Tinder ;).
I never ended up going on a first date with the guy who cancelled but we did cross paths later that month. He played it cool and wanted to play the ‘dating game’ with me but I wasn’t interested. I ended up asking him in a round about way, what he wanted. His reply was ‘I’ve only just moved to London and started a new job so I’m not looking to be in a relationship right now’ which is fair enough. However I WAS looking to be in a relationship after being in London 3 years so I said this isn’t going to work out. I never saw him again.

The point I am making is: I knew what I wanted, so I went and found it. A lot of girls I know think men have to make the first move. That men have to be the first to text. But it’s not true! If you want something go and get it yourself. Nothing lands on your doorstep in life.
Alternatively, if you don’t want a boyfriend then enjoy being single! You do not need one just because all your friends have one. It is important in life to be able to be on your own and be with your own company. Go and have fun being single, it’s great!

Lots of love to my friend Amy 😉 and all you other gorgeous women out there. 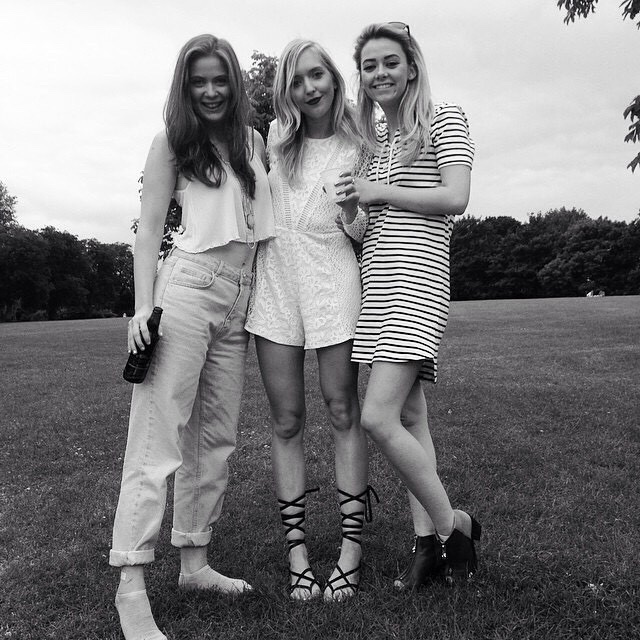